Discover Turkey on a Luxury Tailor Made Tour

The hotel is in an excellent location in the Old City of Istanbul, overlooking the peaceful green Gülhane Park, within walking distance of the major historical sights including the splendid Hagia Sophia, Hippodrome, Basilica Cistern, and Ottoman masterpieces like Topkapi Palace and the Blue Mosque, as well as museums, shopping centres, and public transport.

Not only a charming hotel, but a history and hosting project, Sirkeci Mansion has been created by the team that is in love with Istanbul and hosting.  As soon as the hotel opened its doors, Sirkeci Mansion became one of the most important hotels amongst Istanbul Hotels. The word "Konak" is defined as a large mansion house which is generally used as an official residence in Turkey and the former Ottoman Empire. Sirkeci Mansion is also neighbour to Topkapi Palace's park Gülhane. Gülhane Park is important, not only as a touristic spot being the palace park, but also as a green and peaceful recreational area. You can take long walks away from urban noise and even go for jogging on the grounds in the fresh morning air. The hotel's architecture is based on the classical Ottoman mansion style. 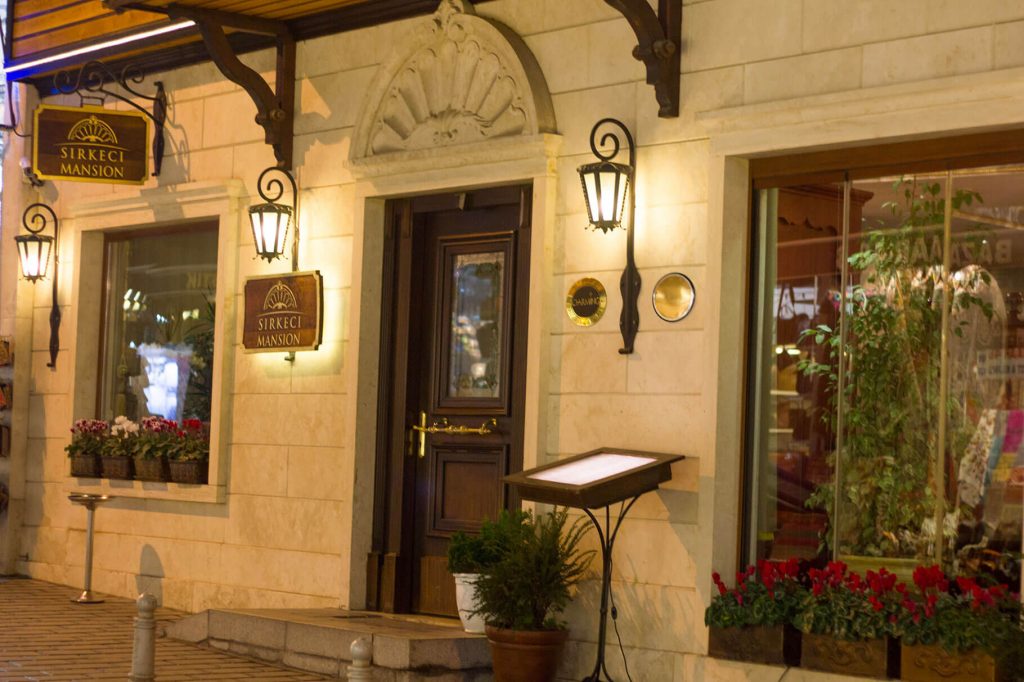 Send us an enquiry about booking Sirkeci Mansion, Istanbul