The Aegean coast offers everything that makes a holiday unforgettable. Discover the cultural uniqueness of this region.

Drive to visit Gallipoli, historically famous as the site of many battles – particularly involving the Allied Forces including Australians and New Zealanders during World War I. Visit Anzac Cove where the Allied Forces landed on the 25th of April 1915 along with the other sites like Lone Pine-Australian Memorial and Chunuk Bair-New Zealand Memorial. Either stay at a local Gallipoli hotel or cross Dardanelles and overnight Canakkale. (B, D)

Proceed to Troy to see a replica of the legendary wooden horse of Troy, and the site with nine inhabitation levels covering a period of 3.000 years, where the legendary Trojan War in the poem of Homer took place. Then continue to Pergamum, which was once one of the richest and most powerful small kingdoms in Asia Minor to visit the hauntingly beautiful Asklepion – a famous health centre. Drive to Kusadasi and stay overnight (B).

Tour to Ephesus Antique City (Hillside Houses are excluded), which was undoubtedly one of the most important cultural centres of the ancient world. Impressive structures you will see include the Library of Celsus, Temple of Hadrian, the Theatre and the Odeon, along with the House of the Virgin Mary where she is believed to have spent her last years. In 1961, Pope John XXII proclaimed the House of the Virgin Mary at Ephesus to be sacred. Visit the Basilica of St. John, who came here with the Virgin Mary and wrote his Gospel, as well as the Temple of Artemis, one of the Seven Wonders of the World. After visiting a regional handicraft centre, drive back to the hotel for an overnight stay in Kusadasi (B).

Drive to Priene, the first planned city in the ancient world, and visit to the Theatre, the Temple of Athena, Agora, the Bouleterion, and the Zeus Altar. Then proceed to Didyma to see the well preserved Apollo Temple that had been inhabited only by the priests and suppliants who came to consult the famous oracle there. Tour ends on arrival in Bodrum or Marmaris (B). 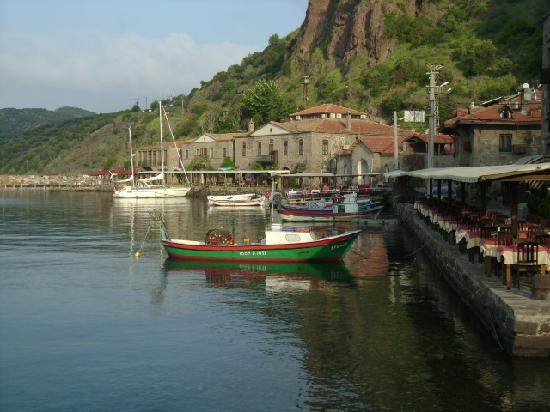 Daily on a Private basis

Send us an enquiry about booking Aegean Pearl