Discover Greece on a Luxury Tailor Made Tour

Visit the cultural highlights of Ancient and modern Greece on this tour. When people think of a holiday in Greece, they think of the Greek Islands. The beautiful Peloponnese is considered the heart and soul of Greece, and though it has been left off the main tourist map, it is as good a place to visit as any of the ten islands. Experience beautiful beaches, majestic mountains, unparalleled natural beauty, Venetian fortresses and a history as long as civilisation. Where was the original capital of Greece? In Nafplion. Where were the first ever Olympic Games held? In Olympia. This is one of many Greek Holiday Packages we can put together for you.

On arrival in Athens you will be met and transferred to your hotel. Overnight at New Hotel.

Breakfast in hotel. Morning city tour of Athens with sightseeing and a visit to Acropolis and the New Acropolis Museum. In the evening, make your way (walking) to Plaka with our English-speaking escort for dinner at a typical Greek tavern. Return to the hotel for overnight. BD

This morning, leave Athens by the coastal road and drive north to the Corinth Canal, stopping for a short visit, then continue east to Epidaurus. The theatre of Epidavros is one of the most impressive sights in Greece and is astonishingly well preserved. Continue to Mycenae, home of Agememnon, the ancient king, who united and commanded the Greeks during the Trojan war. The ruins of Mycenae were thought to be a myth until the excavations of Heinrich Schliemann in the 1870s. The next stop will take you to the town of Nafplion., Dinner and overnight at Kyveli Suites in Nafplion. BD

After breakfast, continue onto to Olympia through the Central Peloponnese and the towns of Tripolis & Megalopolis. Dinner and overnight at Europa hotel in Olympia. BD

After breakfast visit one of the most important sanctuaries of antiquity, dedicated to the father of the gods, Zeus. Olympia is the birthplace of the Olympic Games and also where they were first held – reputedly in 1000 BC.  Visit the stadium and the archaeological museum before proceeding to Delphi, passing by Patras and crossing by ferry to Rion-Antirio. Continue through the picturesque small Venetian town of Nafpaktos, then onto Galaxidi and Itea before reaching Delphi. Dinner and overnight at Anemolia in Delphi. BD

Visit the Sanctuary of Apollo Pythios (Treasury of the Athenians, Temple of Apollo etc.) and the Museum. Delphi was considered the place on earth where man was closest to God, and is also known as the centre of worship for the God Apollo, son of Zeus, who embodied moral discipline and spiritual clarity. Drive to Kalambaka for dinner and stay overnight at Divani hotel in Kalambaka. BD

After breakfast, visit the monasteries of Meteora before returning to Athens this evening. Tour ends at New Hotel in Athens. B

Today you will be transferred to the airport for your onward flight or to the port to take a ferry out to the islands. (B) This is one of many luxury tours to Greece offered by Exotic Destinations. 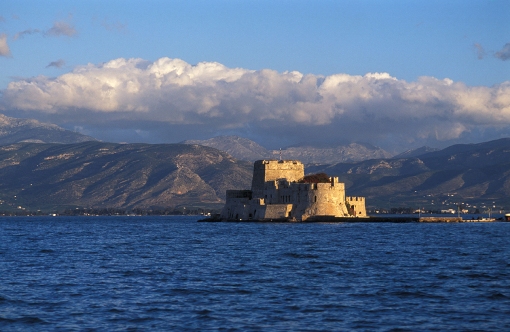 Please contact us for departure details.  This is one of many Greece Holiday Packages we can offer to you.

Send us an enquiry about booking Highlights of Classical Greece