10 Best Places to Visit in Bhutan

Deep in the high Himalayas, lies a small country lovingly referred to as the ‘land of the Thunder Dragon’. Bhutan may be among some of the least visited places in the world, but anyone set on discovering all its myths and mysteries is sure to embark on the experience of a lifetime. After all, this country has been known to value people’s happiness more than its GDP.

Compared to other parts of the globe, visiting Bhutan requires a little more preparation and planning. Here at Exotic Destinations, we can tailor a vacation package that suits your thirst for adventure adequately. So, what exactly are the best places to visit in Bhutan? 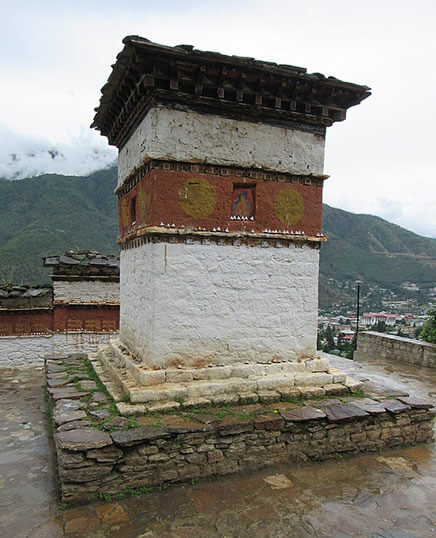 This popular ancient temple is situated on a ridge above central Thimphu, and is considered to be the oldest temple standing in the valley. Built in the 12th century on a site chosen by Lama Phajo Drukgom Shigpo, a Tibetan Buddhist, the temple is popular amongst parents of Bhutan, who venture here to receive blessings for their young children from Tamdrin, the protector deity. Alternatively, they may also travel here to request propitious names for their newborn babies, bestowed by the temple astrologer. 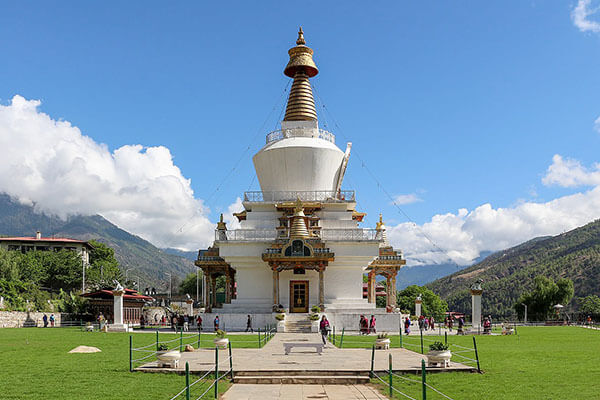 The building of the memorial was envisioned by the third king, His Majesty Jigme Dorji Wangchuk, as a monument to world peace and prosperity. Completed in 1974 after his untimely death, this grand stupa of white and golden annexes is both a memorial to the Late King (“the Father of modern Bhutan”) and the ideals that he believed in. The paintings and statues inside the monument provide a deep insight into Buddhist philosophy, all of which are sure to provide you with an immersive experience into the beliefs and traditions of the religion. 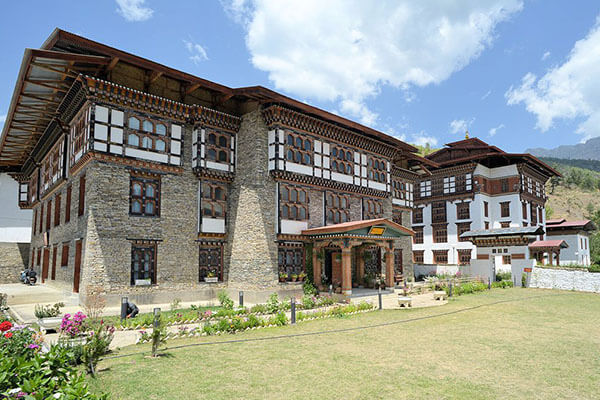 Commonly known as the Painting School, the Institute offers a six-year course on the 13 traditional arts and crafts of Bhutan. On a visit, one can catch a glimpse of students learning the various skills taught at the school. Areas of specialisation include painting, wood sculpting, embroidery, sculpturing, weaving and smithing, among others. 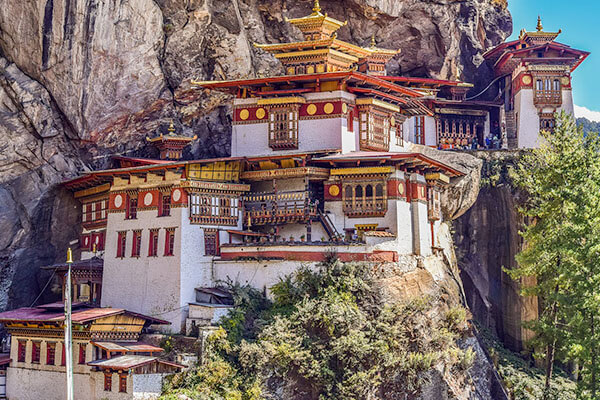 One of the most popular sites in Bhutan is Tiger’s Nest. If you’re up for an intense climb, you can enjoy the panoramic views as a reward. This relatively unknown and isolated place is situated on a well-worn path high above Paro. Ascending to the sacred monastery would mean a few hours of your time, an ability to acclimate to the elevation and healthy stamina. However, once you’ve reached the edge of the jagged cliff, your sacred, spiritual experience will lead you to the sweeping vistas of the Paro Valley. 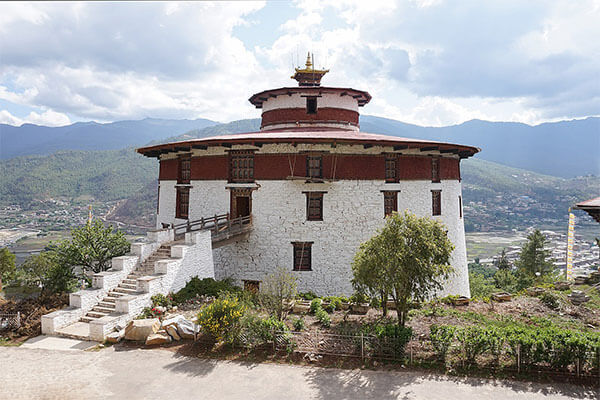 A cultural experience in a foreign country is never complete without a visit to a museum. The Tza Dong National Museum was once a watchtower built to protect the undefended dzong. Today, it features artefacts that showcase how science and magic are vital parts of Bhutan’s history. You will come across Stone Age tools supplemented with illustrations of wars fought by demons and gods. You can also learn about Tibetan Bhuddism’s four schools—Sakya, Gelug, Nyingma, and Drukpa. The National Museum has a collection of revered treasures, including the protector Dorje Lekpa’s ritual dagger and a stone egg laid by a mule. 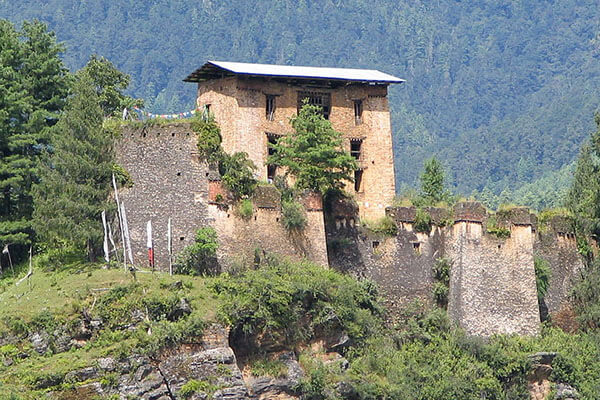 Do you prefer visiting unique and offbeat destinations? Are you a nature lover or a history buff? If you’ve answered ‘yes’ to any of these questions, then you should visit the Drukgyel Dzong. Located at the upper area of the Paro District, this UNESCO World Heritage Site is considered to be one of the most stunning archaeological sites in Bhutan. The ruins used to be a fortress that was strategically located close to the Tibetan Borders. What’s more, it was designed and built according to the hills’ geographical conditions. 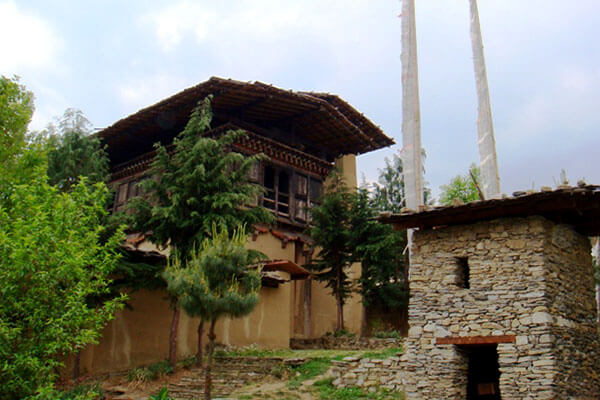 The National Folk Heritage Museum helps visitors get a better understanding of the rural people of Bhutan. This three-storey, rammed mud building features domestic tools and objects used in rural areas across the country. You will love how the museum showcases the traditional style of homes of Bhutanese people during the 19th century. It even displays the trees that were useful for rural residents during that era. 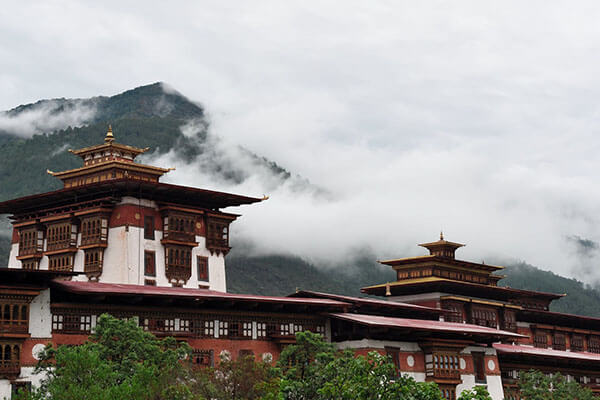 As one of the most beautiful dzongs in Bhutan, the Punakha Dzong is a cultural landmark that every tourist needs to visit. Aside from being the administrative centre of Punakha, the Dzong also houses the Central Monastic Body during the winter season. Carrying over 300 years of history, this Dzong is the second oldest and the largest in Bhutan. Built by the first Zhabdrung Rinpoche in 1637, this sacred site witnessed several major events of royal clans. 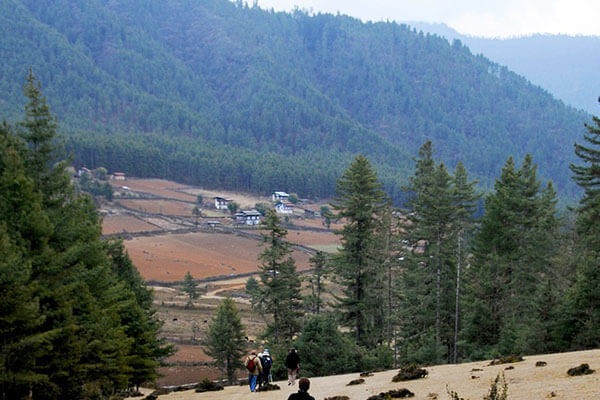 Also known as the Gangtey Valley, Phobjikha Valley is one of the most remarkably stunning attractions in Bhutan. It boasts of beautiful nature trails, as well as vital religious sites such as the Gangtey Goempa Monastery. Perched on a small hill from the valley floor, the Monastery is surrounded by a village of Gomchens. At the edge of the wetland and the forest, you will find the Black Necked Crane Information Centre. It houses a high-power telescope which you can use to catch the glorious view of the cranes. 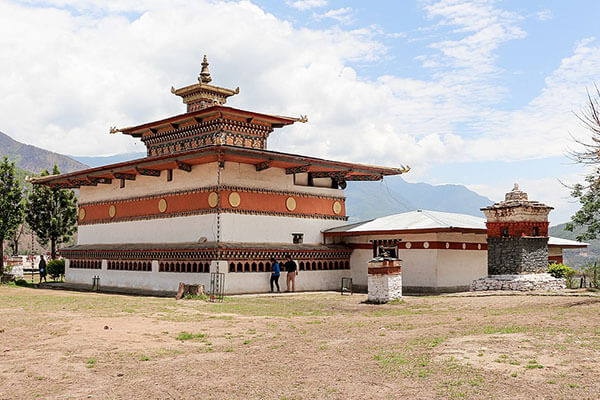 Chimi Lhakhang, also known as the Fertility Temple, is one of the most-visited monasteries in Bhutan. Several childless couples who wish to conceive venture to this temple to find guidance. They hope to have a wang blessing bestowed by the saint who’s known to have the ‘magic thunderbolt of wisdom’. Visitors from all over the world travel to this location to witness the extraordinary cultural ceremonies performed here. Exquisitely built with ancient Thai themed architecture, the temple features carvings and paintings of phalluses on its walls.

Sound like a destination you’d be interested in? If you’re ready to visit these magical places for yourself, contact Exotic Destinations today and plan your personal travel itinerary!