India is truly a magical destination, filled with an exotic range of delights and exciting opportunities for discovery and leisure. This country has many spectacular aspects to offer, so if you’re planning a trip to this popular tourist spot, make sure you keep these recommendations in mind: 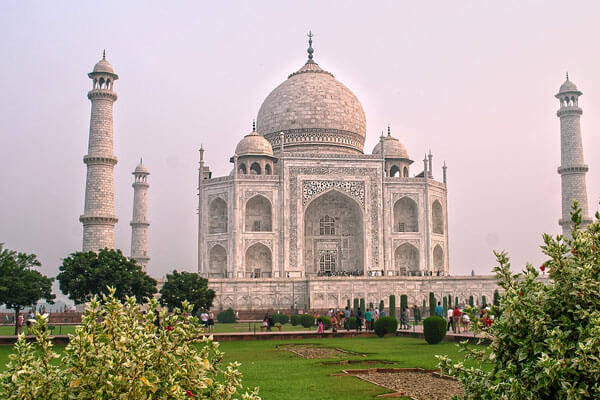 Maybe you think this destination is a little overhyped- but once you’ve seen it in person, we’re sure you’ll appreciate the distinctive charm of the Taj Mahal. This UNESCO World Heritage Site is also considered to be one of the seven wonders of the modern world. It was built by Mughal Emperor Shah Jahan in memorial of his deceased wife, Mumtaz Mahal, and is considered to be one of the most beautiful buildings ever built. Following his death in 1666, Shah Jahan was buried inside the building to rest alongside his beloved wife. 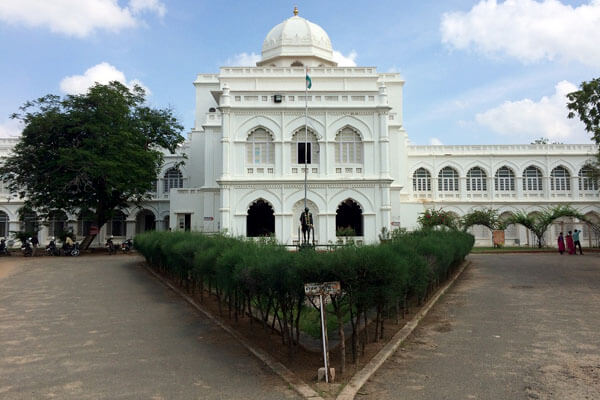 The Gandhi Museum in Delhi showcases the life of the father of the nation, the leader of India’s independence movement in the 1930s-40s. Offering an extensive collection of books, photographs, documents and other relevant artefacts, the museum provides an interesting insight into the nature of Gandhi, and other political issues experienced throughout India’s history. 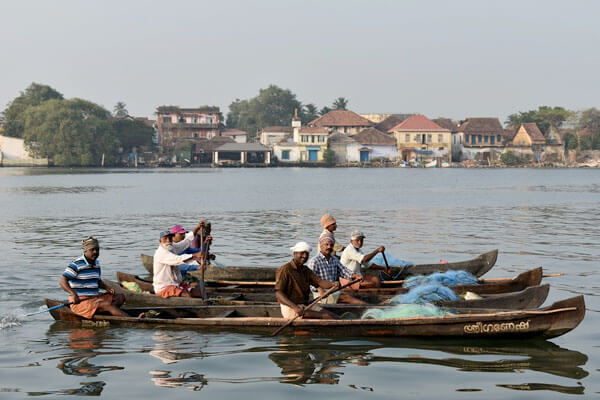 As one of India’s major port cities, Kochi has gained influence from a wide range of cultures, including the British, Chinese and Dutch. This influence is apparent in the architecture and culture of Kochi. Here, you will have the opportunity to visit the Dutch Palace, Jewish Synagogue or Chinese fishing nets. The city is also full of extravagant spices for you to try and incredible traditional dance performances to experience. 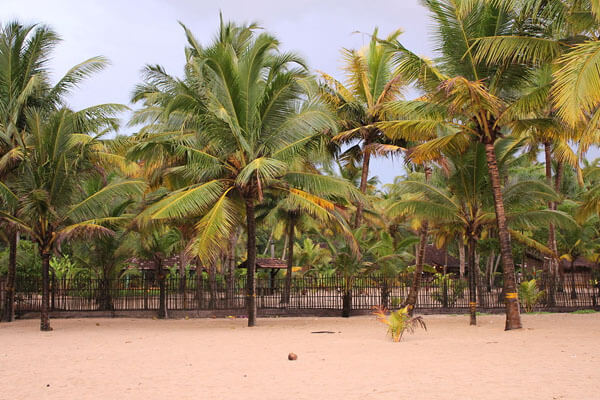 Complete with coconut palms and gorgeous white sands, this beautiful destination is perfect for anyone travelling with their family, or even on their own. Visitors may choose to participate in water activities such as parasailing and water skiing, take a boat cruise or simply relax on the beach in a hammock. 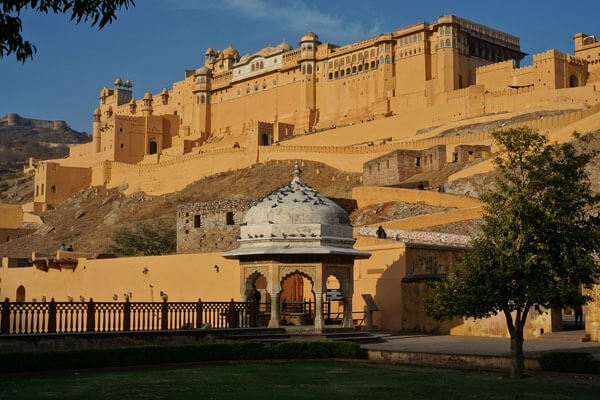 Built from sandstone and marble, the Amber Fort is one of the most popular forts in India, featuring impressive architecture influenced by both Hindu and Muslim religion. You can choose to arrive at the fort via taxi, or on elephant back for a memorable experience! 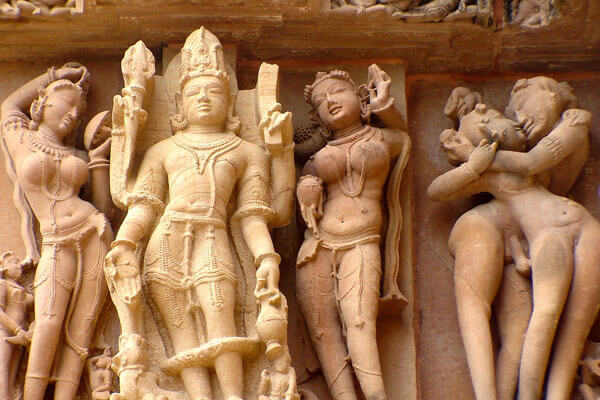 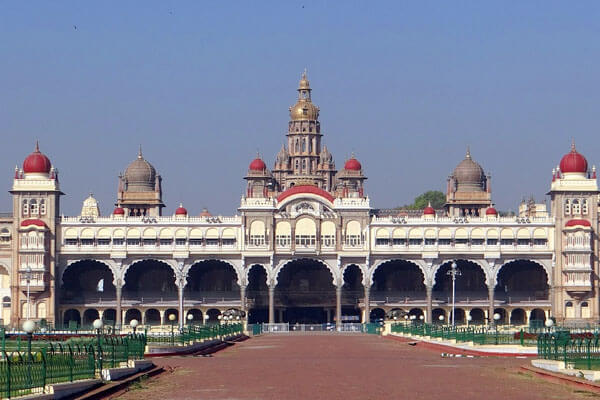 As both a historical monument and a royal residence, the Mysore Palace boasts a sense of opulence and grandeur you’ll be absolutely bewildered by. The main building is three stories high, whilst the interior is rich in gold and intricate decorations. Take a tour through the exquisite halls and rooms and you’ll be wishing you could stay there forever. 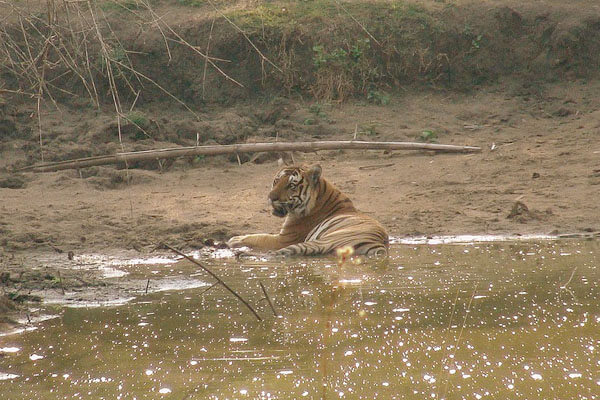 Nagarhole National Park is your gateway to the jungle. It is home to tigers, elephants, deer, and a variety of birds, along with a range of vegetation. Visitors are presented with opportunities for safaris and birdwatching and are also able to book a guest house to stay in whilst visiting the park. 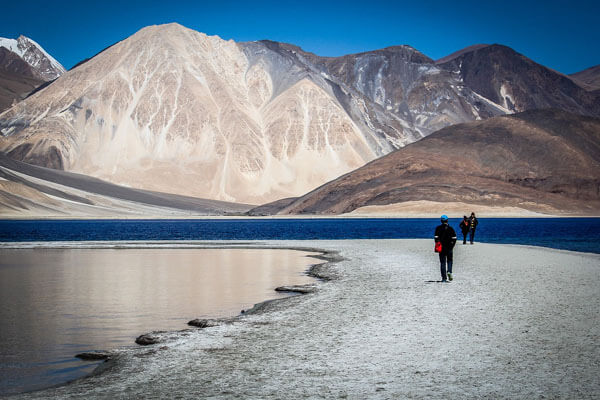 Keep in mind that when driving to Ladakh, you’ll be travelling on the highest motorable road in the world. The journey will take you past some of the most spectacular views of the “roof of the world,” also known as the central Tibetan Plateau. 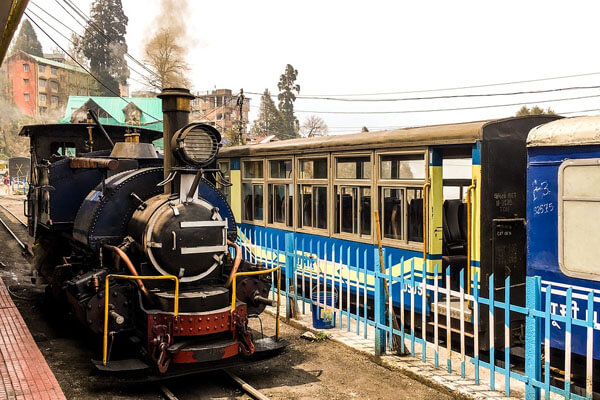 Located in East India on the Himalayan foothills, Darjeeling provides travellers with a view of Mount Everest and Mount Kanchanjanga on a clear skied day. This is where you will also find the opportunity to visit the breathtaking tea gardens, where the well-known Darjeeling tea is grown. 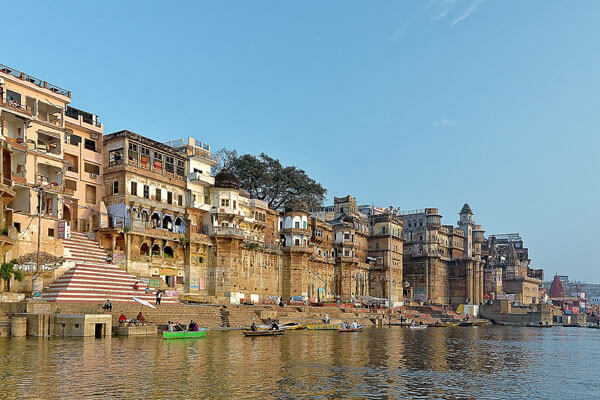 Situated on the banks of the river Ganges, this city is known as one of the sacred cities of Hinduism. This destination offers thousands of temples for exploration and appreciation, as well as the opportunity for a boat ride along the holy waters of the Ganges. 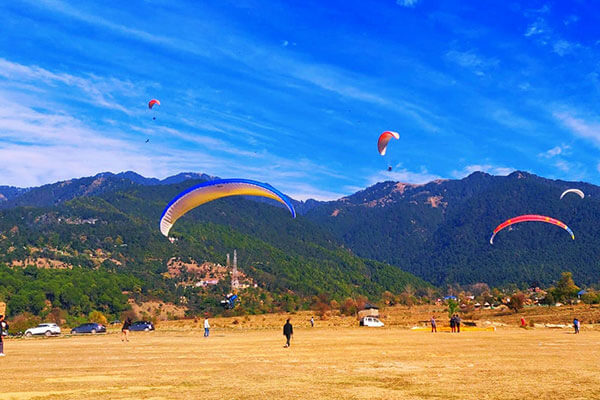 Dharamshala is the residence of the Dalai Lama and the Tibetan monk in-exile. The surroundings of the town are simply picturesque, making it the perfect location for some meditation. 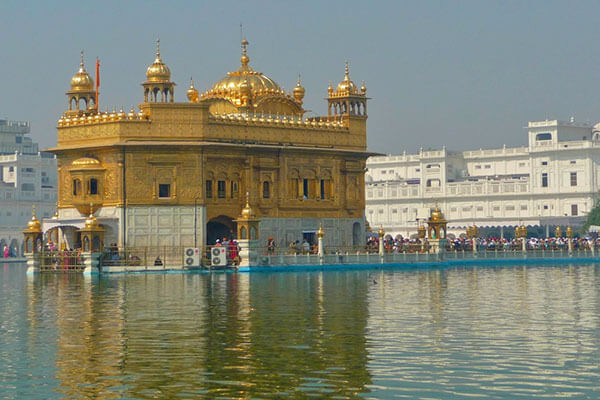 Home of the Golden Temple, one of the most famous attractions in Punjab, Amritsar offers travellers a range of spectacular sights and sensory overloads. Experience the Amritsar Heritage Walk, visit the Harike Wetland or shop till you drop in Hall Bazaar, one of the oldest and busiest market places in the area. 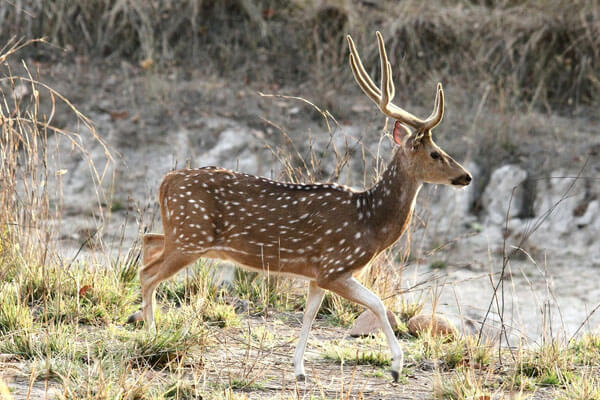 This National Park is home to royal Bengal tigers, white tigers, leopards, deer, and provides opportunities for a Jeep safari or elephant back safari. It is surrounded by lush forests and wide valleys, providing a serene experience for visitors who appreciate the beauty of nature. 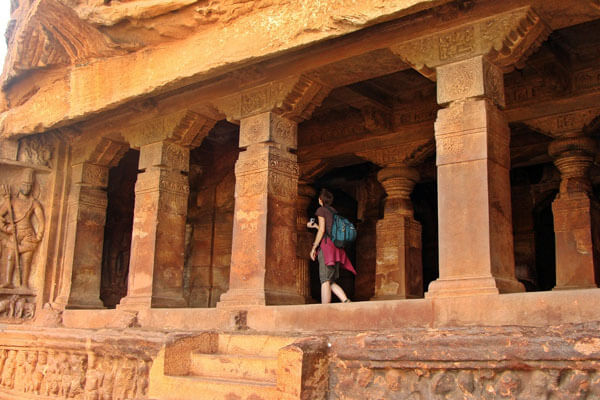 The cave temples of Badami are a wonderous sight, carved off the face of a massive cliff of sandstone and rich in intricate carvings and spectacular architecture. The North Fort ruins and Archaeological Museum are also well worth the visit. 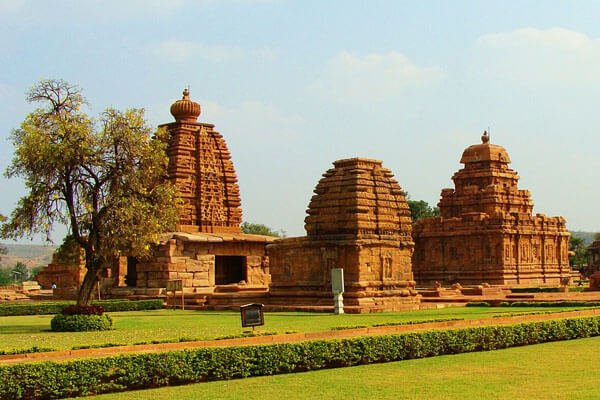 Pattadakal has found its way upon the list of UNESCO World Heritage sites, consisting of a cluster of temples that are mostly dedicated to the Hindu deity Shiva. The temples are unique because they feature a wide range of architectural styles and different influences. The complex makes for a stunning photograph, especially at sunset. 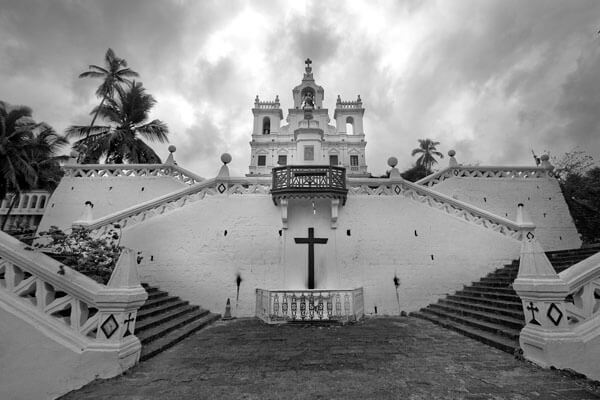 If you’re looking for paradise in India, Goa is your ideal destination. Portuguese influence shows apparent in the colourful painted houses which line some of the streets.  Head down to a number of beaches to participate in water activities, cruises, festivals, local eateries, markets and much more. 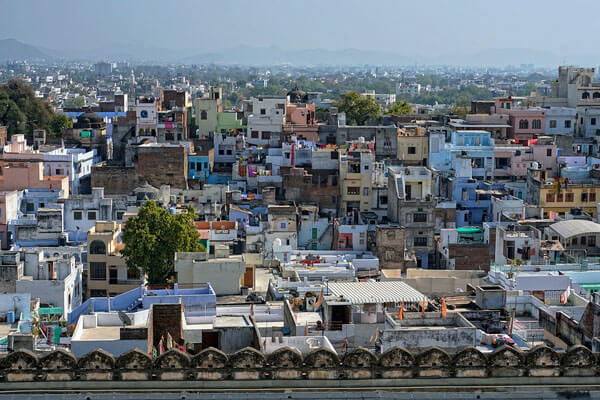 You’re going to want to keep this on your list of sights to see for sure. The lake city of Udaipur is built around both natural and artificial lakes, surrounded by mountains and home to several lavish palaces. 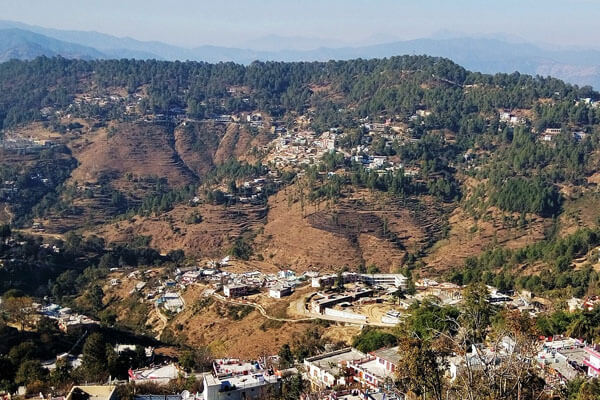 A popular summer retreat for British sahibs and their families in the past, Kumaon features mild weather, lush valleys, and sloping slate-roofed stone cottages, bringing connotations of the English countryside. It’s no wonder the British sahibs chose to escape here- this impressive district would’ve reminded them strongly of home. 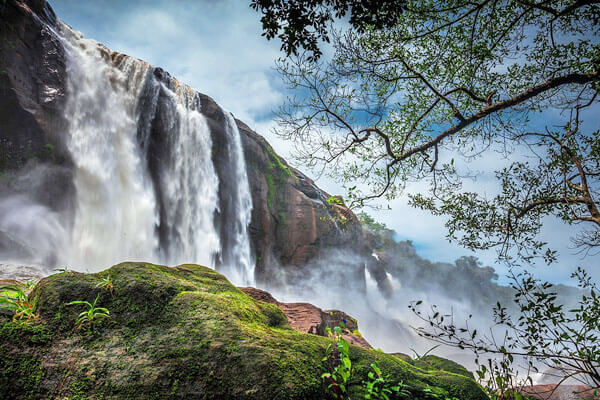 Located in Kerala, this ginormous waterfall is best experienced during the monsoon season or shortly after. You will have the opportunity to get incredibly close to the falls and may even get the chance to spot a monkey!